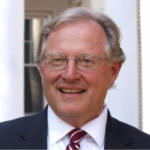 How to Win a Debate

Debates, as we all know, are contests of argumentation and logic. Winners of debates are determined by which side presents the most facts, the most logical argumentation, the most coherent case.

Have you noticed that in public debates (as well as in forensic debate societies in high schools and colleges), you never hear anyone admit to hearing the other side’s point of view? You rarely hear of any debate actually being persuasive or changing someone’s mind. Each side takes its turn, sometimes with great energy—even anger, propounding its views. The result is that both sides become further entrenched in their thinking and polarization increases.

In our reading from the Book of Acts on Sunday, we read of a beautiful thing: Peter changes his mind. He is asked to visit with and bless Cornelius, a Roman centurion and a Gentile. Peter knew that the Good News of Jesus was meant for the Chosen People, the Jews alone. But, God shows Peter that he has it wrong. God intended for his love and grace to extend to all peoples—even those from other nations and races. From that moment onward, the church has been for us all. Thanks be to God.

Peter was certain he was right. But he was persuaded to another truth because he was willing to see another point of view. Oh, how I wish we had leaders that would demonstrate the same fluidity of mind today. One of the most lovely things I have ever heard anyone say is: “After hearing your point of view, I am persuaded to rethink my own position. I have changed my mind.” Such a statement, as we all observe, is a rare thing. Yet, how wonderful it is to hear it; and how much more wonderful it is to say it.

The best way to win a debate is for both sides to be open to the possibility that they have something wrong—and that the truth may lie somewhere else than within their own dogged domain. It is not so much that one side or the other can or should win a debate. A debate should be won by the truth. When the truth wins, everyone wins.

This might be a good demonstration of the Golden Rule: listen and be open to others as you would want them to listen and be open to you. As we approach a fall election cycle, perhaps this could be our prayer: God of Truth, give us open minds and hearts to hear those who debate us. Show us the error when it occurs in our own thinking. Let your truth guide us as we seek to choose our leaders. And, when they are selected, give them open minds and hearts to hear the people they serve. Amen.